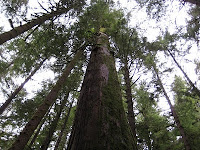 Just returned from a trip out to Port Renfrew with Club Mud where we had a chance to explore some forest lands near Baird Creek often referred in the media as the Avatar Grove.

Pretty well one of the only old growth forest areas left on southern Vancouver Island the Avatar Grove has now been surveyed, flagged and scheduled to be logged in the near future. The story about the potential loss of the Avatar Grove and the treasure chest of the old growth Cedars, Douglas firs and the complete eco-system around them was recently featured on a documentary in 2011 on Al Jazeera TV. 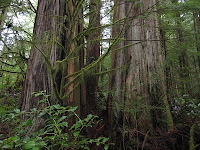 The contentious lands of the Avatar Grove are being viewed by some groups as a loss to society and are trying to save them with a regional or provincial park status along this corridor of the Gordon River. A group called the Ancient Forest Alliance has well documented and help bring attention and awareness to the public of possible change to this special place.

The lands around the Avatar Grove and Baird Creek are still private and not developed at all, so exploring the forest exposes people to some risk on the sometimes steep undeveloped trails and trespassing is not recommended for safety and liability reasons. 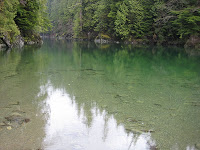 Once at Port Renfrew, by travelling on Hwy 14 from Victoria, the trip to the Avatar Grove involves travelling on the Pacific Marine Circle Route towards Mesachie Lake and Lake Cowichan, then once over the Deering Bridge turn left towards the Port Renfrew Marina. Continue on the Gordon River Forest Service Road (FSR) rather than the Harris Creek FSR towards Lake Cowichan.

While travelling on Gordon River FSR the road changes form asphalt to a number of short sections of potholes and gravel. The road eventually crosses a bridge over the Gordon River and then changes to completely gravel eventually crossing Baird Creek and going through the Avatar Grove private forest license. 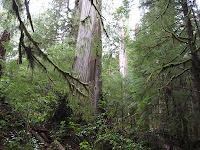 The Avatar Grove and portion of land near the Gordon River and Baird Creek is known to have bears and various animals present so proper wildlife procedures must be taken when exploring. While travelling on the forestry roads remember that active logging can occur at so be prepared for heavy equipment and logging trucks at all times during the year. 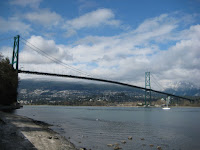 For those of you looking for something to do the next time you happen to be in Vancouver try walking over the Lions Gate Bridge.

Starting on the North Shore at Park Royal Mall on the south side of Marine Drive is all day parking for your vehicle free of charge. From here there is a short walk across a bridge over the Capilano River to near the entrance to Capilano RV Park. Continuing on there is a stairway that takes you to a pathway and access to sidewalks on either side of Lions Gate Bridge. 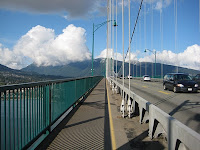 Walking towards Stanley Park on the bridge sidewalks the up-hill walk up to the first set of arches of the suspension bridge takes around 20 minutes. The views of the North Vancouver, Ambleside section of West Vancouver and the business section of Vancouver are incredible. Along the way up here there is a couple of lookout vantage points away from the cycling section of the sidewalk allowing for gazing away to the panoramic vista of Vancouver Harbour in the distance. 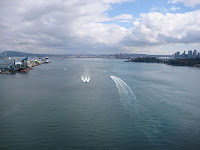 The rest of the journey south from the crest of the bridge to the entrance of Stanley Park takes another 15 minutes. From here there is either a short trail down hill to the seawall walk around Stanley Park where you can extend your journey or another trail that takes you to the viewpoint of Prospect Point where you can marvel at the freighters passing under Lions Gate Bridge. 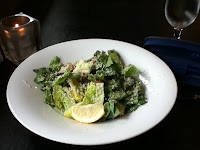 If you happen to be locating for a meal in the Victoria CRD area why not try making the trip to Westshore where there is lots to choose from especially in Langford.

Langford is now home to a number of good choices including a few favourites like Smoken Bones Cookshack just off Veterans Memorial Parkway on Station Road, Milestones in the Millstream Village and the Basilico Ristorante & Lounge on Goldstream Avenue. 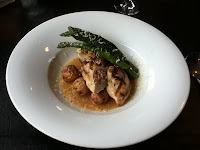 The other night was no exception at the Basilico Ristorante & Lounge where the stuffed chicken special and Caesar salad proved to be both outstanding, especially if you enjoy bacon in your Caesar and lots of freshly ground Parmesan cheese. For those who like a fresh bun you won’t be disappointed especially with the herbed butter to go along with it.

The hostess, the rest of the staff and the owner were very friendly. If you can do it the Sunday brunch that goes from 9:30 am to 2:00 pm has a number of appetizing selections to choose from is rumoured to perhaps one of the best in Victoria .